Increasingly we sort each other into groups, making sweeping assumptions based on binary labels.

Kanye West, ever the iconoclast, set social media ablaze last month when he donned a red “Make America Great Again” hat in support of President Trump. Whether a genuine expression of political belief or a publicity stunt, Mr. West’s selfie sparked a much-needed discussion on the role of identity in politics.

At the heart of Mr. West’s message is the idea that all of us—no matter our race, religion or background—have the right to be more than one thing. It’s a message that resonates with millions of Americans who refuse to conform to stereotypes—me included.

I grew up in poverty during the Great Depression, the son of blue-collar parents who passionately defended Franklin D. Roosevelt’s New Deal. As a young man, I followed my father into the steelworking trade, where I became a card-carrying member of a labor union. When I was elected to the Senate decades later, I became best friends with Teddy Kennedy, the chamber’s liberal lion. Today, I am, among other things, an advocate for the legalization of medical marijuana research and a strong proponent of transgender rights in the military. 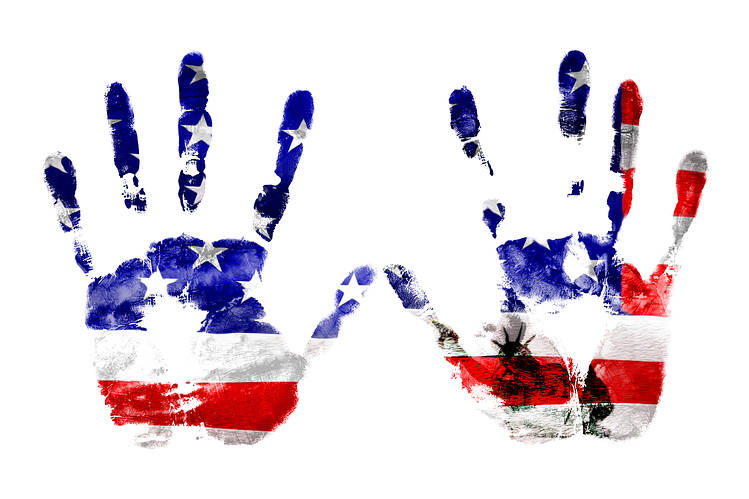 I am also a Republican.

In fact, I am a lifelong Republican with impeccable conservative credentials, including multiple honors from the Heritage Foundation and an A-plus rating from the National Rifle Association. My record on fiscal policy is so strong that President Reagan dubbed me “Mr. Balanced Budget.” I was the architect of the Religious Freedom Restoration Act, a key player in the Clarence Thomas confirmation hearings, and the principal author of the tax-reform bill that passed Congress in December.

All of which is to say that I can be more than one thing. I can be the son of working-class parents and also a pro-business Republican. I can be a bipartisan deal maker and also a consistent conservative. I can be an ally to the transgender community and also a committed Christian. As much as my critics would like to pigeonhole me—dismissing more than eight decades of accrued wisdom and life experience based solely on the “R” that follows my name—I can’t be reduced to a party platform.

I am more than the sum of my parts, and so is every American. Yet increasingly we sort each other into groups, making sweeping assumptions based on binary labels: Democrat or Republican, black or white, male or female. These labels are mere pixels in the picture of an individual’s identity; they are not the picture itself. No word—no matter how descriptive—could ever distill all the nuance and complexity that is a single human being.

Our tendency to use labels to box each other in is indicative of a much larger societal problem: the unleashing of identity politics. Identity politics is tribalism by another name. It is the deliberate and often unnatural segregation of people into categories for political gain. Under this cynical program, the identity of the group subsumes the identity of the individual, allowing little room for independence, self-realization or free thought.

For more than two centuries, we have been able to weave together the disparate threads of a diverse society more successfully than any nation on earth. How? Through the unifying power of the American idea that all of us—regardless of color, class or creed—are equal, and that we can work together to build a more perfect union. It’s the idea that our dignity comes not from the groups to which we belong but from our inherent worth as individuals—as children of the same God and partakers of the same human condition.

Identity politics turns the American idea on its head. Rather than looking beyond arbitrary differences in color, class and creed, identity politics separates us along these lines. It puts the demands of the collective before the sovereignty of the individual. In doing so, identity politics conditions us to define ourselves and each other by the groups to which we belong. Soon, we lose sight of the myriad values that unite us. We come to see each other only through the distorted prism of our differences. Where identity politics reigns, so, too, do its regents: polarization, gridlock and groupthink.

Identity politics is cancer on our political culture. If we allow it to metastasize, civility will cease, our national community will crumble, and the U.S. will become a divided country of ideological ghettos.

To save the American experiment, we must reject the tribalism of our time. Both on the left and right, we must renounce identity politics in every form. We must resist the temptation to use labels, and we must allow each other room to be more than one thing.

Ideas—not identity—should be the driving force of our politics. By restoring the primacy of ideas to public discourse, we can foster an environment that will allow democracy to thrive, an environment of free thought and open deliberation unconstrained by the excesses of political correctness.

If we let any identity define us going forward, it should be our common identity as Americans, as men and women steadfastly committed to upholding the virtues of liberty and independence upon which our nation was founded. It’s the only way to preserve the American experiment for future generations.

Mr. Hatch, a Utah Republican, is president pro tempore of the U.S. Senate and chairman of the Finance Committee.